(Important note: From 1st November until 31st December 2017, we are seeking 50 voluntary married couples to participate in the study, on first come-first serve basis)

This is a collaboration project with Clinical Research Centre of Sarawak General Hospital and Twin Catalyst Sdn Bhd. The objective of the study is to determine whether the expected clinical failure rates of two synthetic adhesive male condomsWondaleaf-Cap® and Wondaleaf-On-Man® are comparable to the expected clinical failure rate of a legally marketed NRL male condom durex®-Together during penile-vaginal intercourse. Secondarily, this study aims to examine the acceptability and safety data on each male condom type.

Currently, this study is seeking 50 voluntary married couples to participate in the study, on first come-first serve basis. The recruitment period is from 1st November 2017 until 31st December 2017. Each participating couple will be compensated for the traveling cost and times spent to participate in the study. The study invitation flyer is available here (link to the invitation flyer).

If you are interested, please contact the principal investigator Mr. Ting Chuo Yew through email: tingchuoyew@gmail.com for more information. (Updated on Nov 11, 2017)

This is a collaboration project with the officer from Sarawak Pharmaceutical Service Division, State Health Department who is doing his Ph.D. under Institute of Borneo Studies, UNIMAS. The objective of the study is to a pharmacist-led, multiple theoretical grounding, culturally sensitive and structured group-based program, namely “Know Your Medicine – Take if for Health” (MEDIHEALTH), to improve medication adherence among Malay T2DM patients.

According to World Health Organization, annually the world has 86 million unintended pregnancies and a maternal mortality of 287,000 women, with unsafe abortion accounting for a high percentage of maternal deaths. An estimated 222 million women wish to delay or space their pregnancies but do not have access to modern contraceptives. On top of this, there are 499 million new sexually transmitted infections (STIs) occurring each year. In 2011, an estimated 2.5 million people became newly infected with HIV,  with heterosexual contact as one of the primary modes of transmission. With an ever increasing prevalence of unintended pregnancies and STIs, the world is in urgent need of a contraceptive method that can be completely preventive of the above, while at the same time affordable and user-friendly. Invented and patented by a consultant gynecologist in Malaysia from 2010 till now, Wondaleaf is an attempt to fulfill all the demands aforementioned .

In short, Wondaleaf is an ultra thin (of 0.02 mm) waterproof polyurethane barrier film that has an extended adhesive shield covering the entire external genitalia to prevent direct skin contact and exchange of body fluid between sexual partners during intercourse. Chemically inert Polyurethane film has long been used in both male and female condom industries. It is stronger, thinner and provides better tactile and heat transfers than latex or nitrile used in standard condoms and female condoms. The inventor claimed that it could provide a fuller protection to STD due to its wider area of coverage and empower the women to take charge of sexual health. However, till this date, there is no formal publication and extensive clinical trial done on Wondaleaf, in terms of its performance and safety features (e.g. no occurrence of slippage, misdirection, breakage). This research collaboration is funded by TWIN CATALYST and we invite local participants to take part over three-month period. The survey is anonymous and confidential, and there will be free samples available for the participants to try out with their sexual partners (limited to adults ranging from 18-60 only). Token of appreciation for the participants will be given for the full participation.

The notion of generational cohort hinges upon the supposition that individuals are intrinsically influenced by major societal and historical events which occurred during their formative years, which is also known as coming-of-age years, and not just because they are of a particular age-range. In light of this, it is posited that the postulation about the segregation and duration of years for defining the generational cohorts in the West, particularly the U.S., being applicable in Malaysia is theoretically and practically unfounded. Inglehart (1997) has long highlighted the deficiency in cross-cultural studies when they use common age-groups or median year of birth as proxies for a generation rather than the socio-historical events that more accurately define a country’s generational cohorts. Regrettably, these concepts and literature from the West are still being widely adopted in local training programs and educational syllabuses, such as in organizational studies and marketing. Age is predominantly and even solely used to determine the cut-off points between cohorts in Malaysia. As a result, the defining events that have actually impacted the Malaysians and brought about the formation of cohorts, and the actual label and description of cohorts in the Malaysian context are still largely unknown.

Food consumption behaviour has been known to be complex since there are multiple factors that could affect decision-making process (Vabo & Hansen, 2014). However, despite being most comfortable with their customary food choices, consumers today are willing to explore different flavored and culturally diverse food to satisfy their changing preferences. As a result, ethnic food is found to be an evolving trend in recent times and continues to blend into mainstream menus in most of the restaurants in the West (National Restaurant Association, 2015). Although ethnic food in western countries is receiving great popularity among consumers, the same cannot be said in Southeast Asian context. Specifically, the awareness and acceptance of ethnic food in Malaysia have yet to be looked into. Despite becoming more aware of food consumption from the perspectives of nutrition, health and safety (Teng, Rezai, Mohamed & Shamsudin 2014), how Malaysians perceive ethnic food and what attracts or motivates them to consume it remains largely inconclusive. Being the fourth largest ethnic group but the largest indigenous group in Malaysia, and the largest in Sarawak (Department of Statistics, 2012), the Dayaks hold Bumiputra status and embody a significant part of culture and heritage of the country. Nevertheless, little is done to date on understanding consumer behavioural intention towards consuming Dayak food. 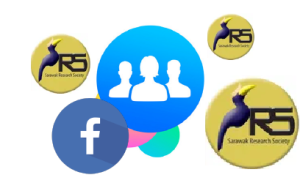